too many toys, not enough play

I look around my house and this is what I see... 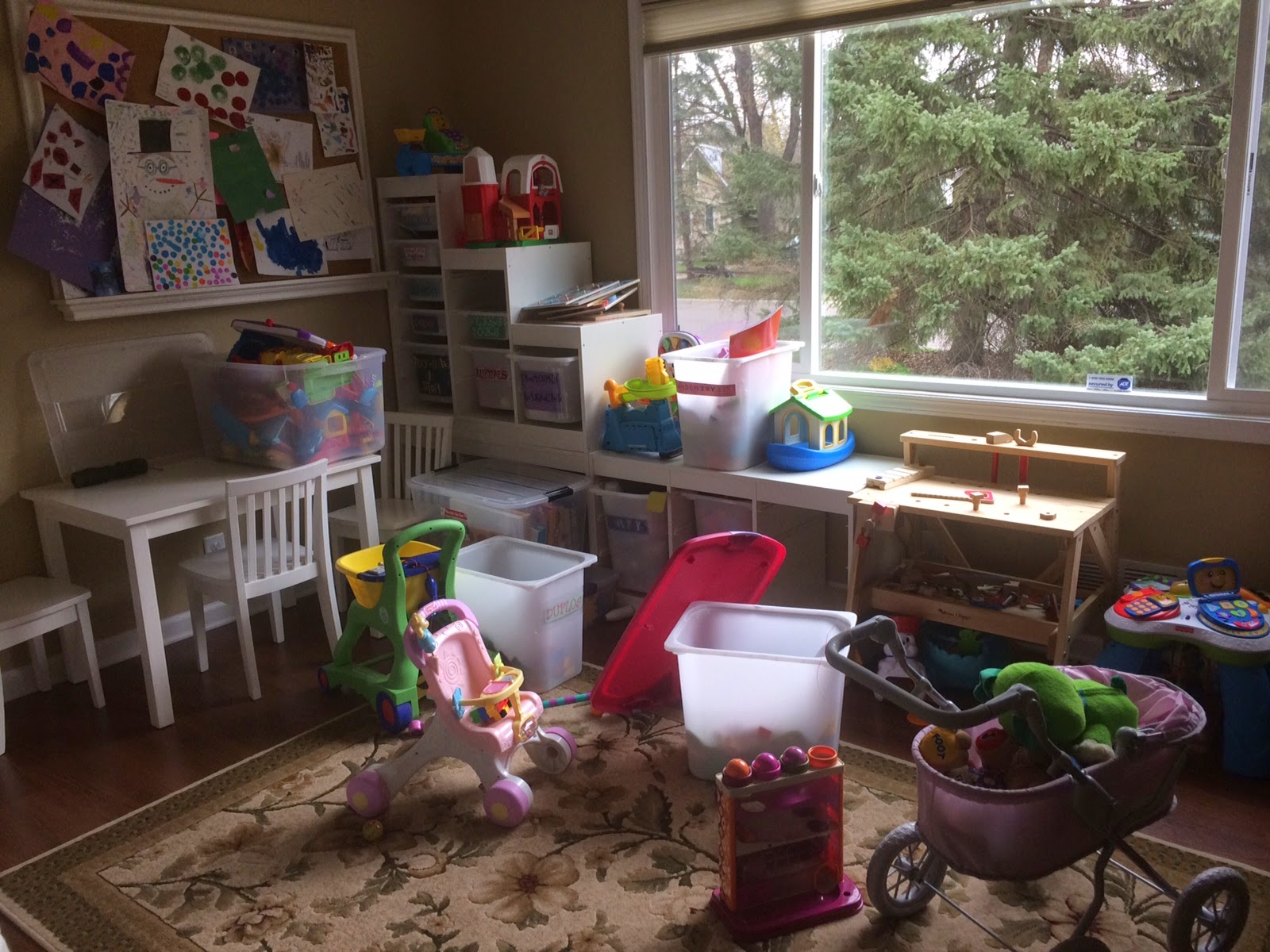 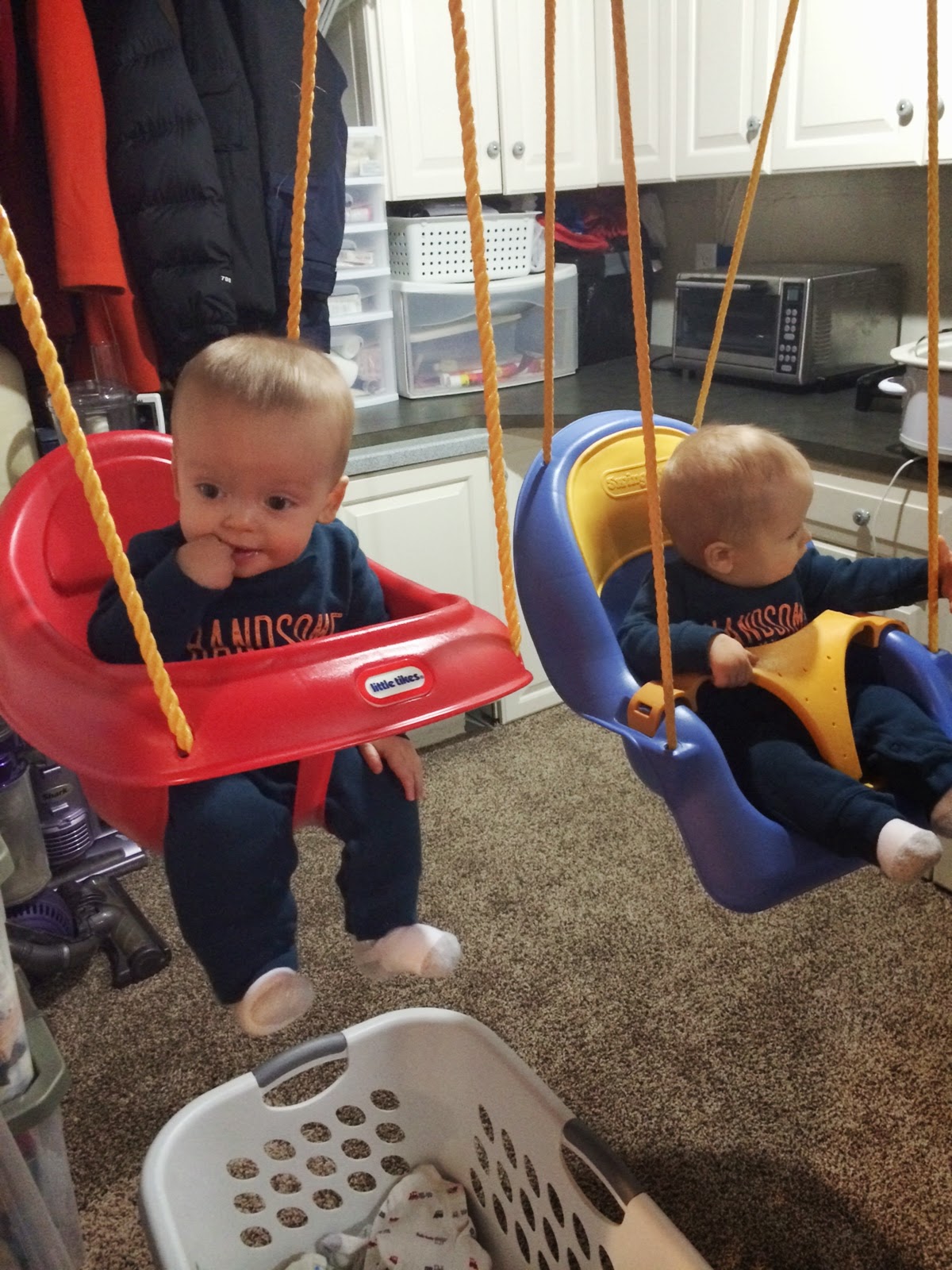 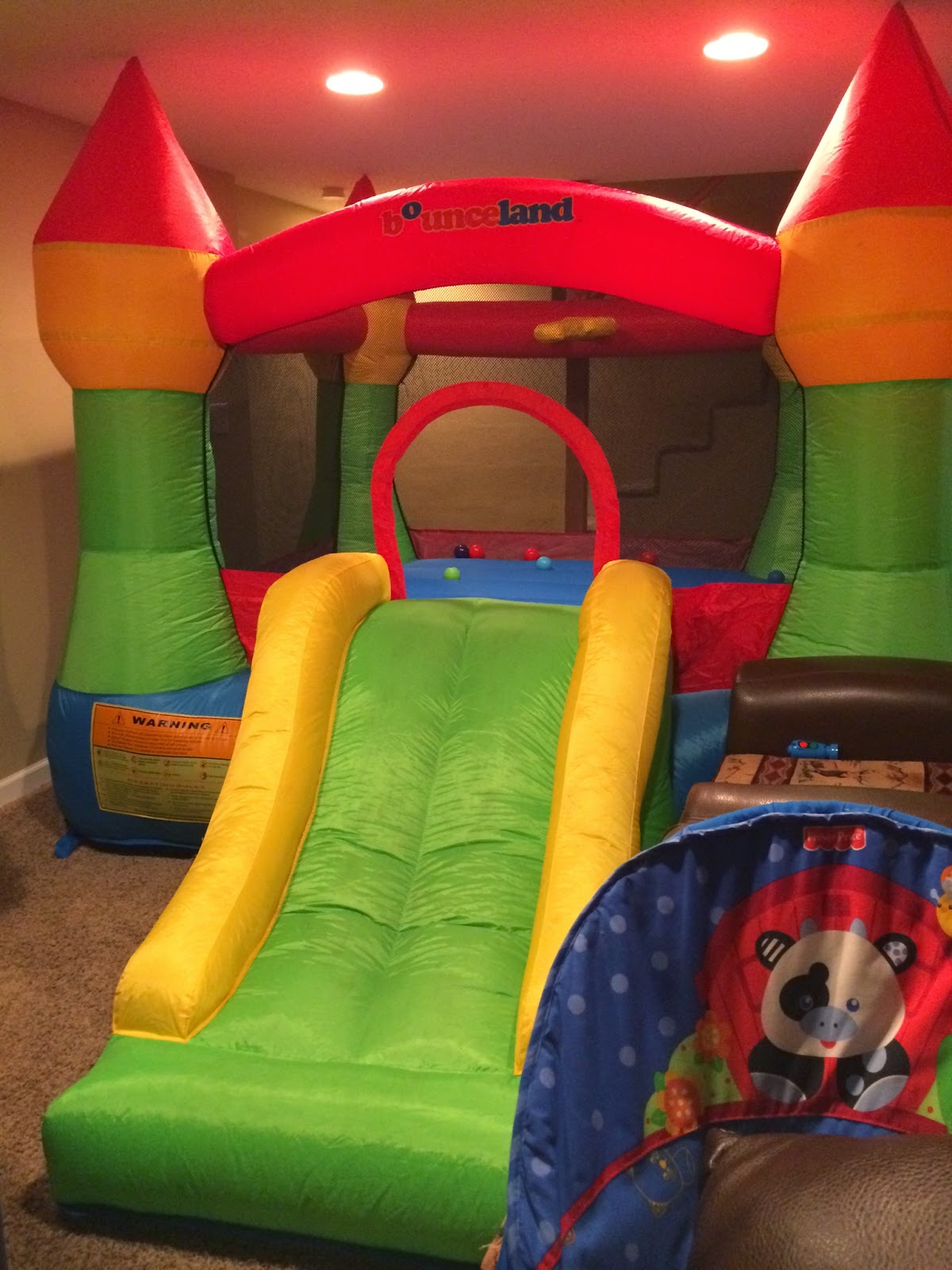 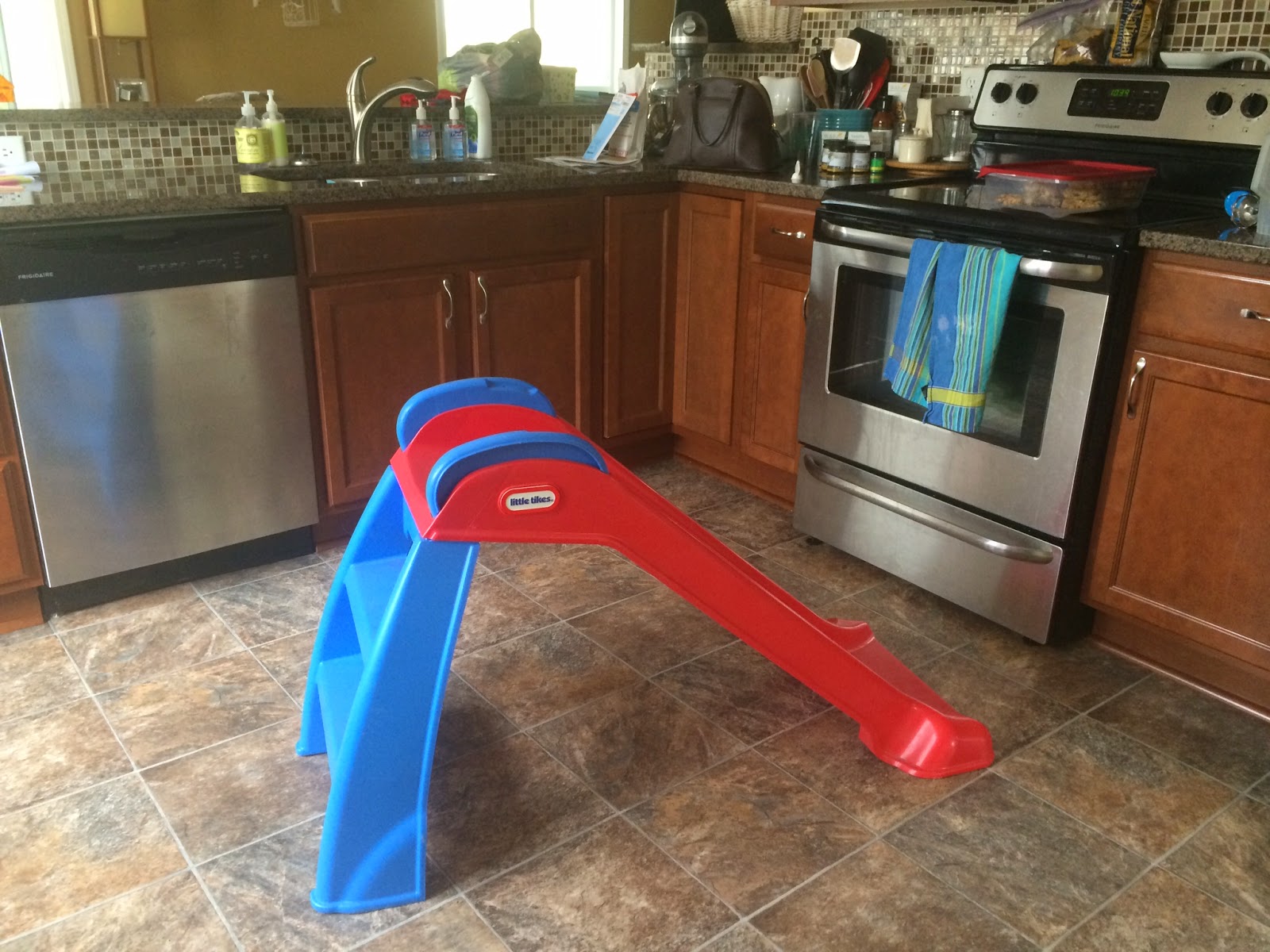 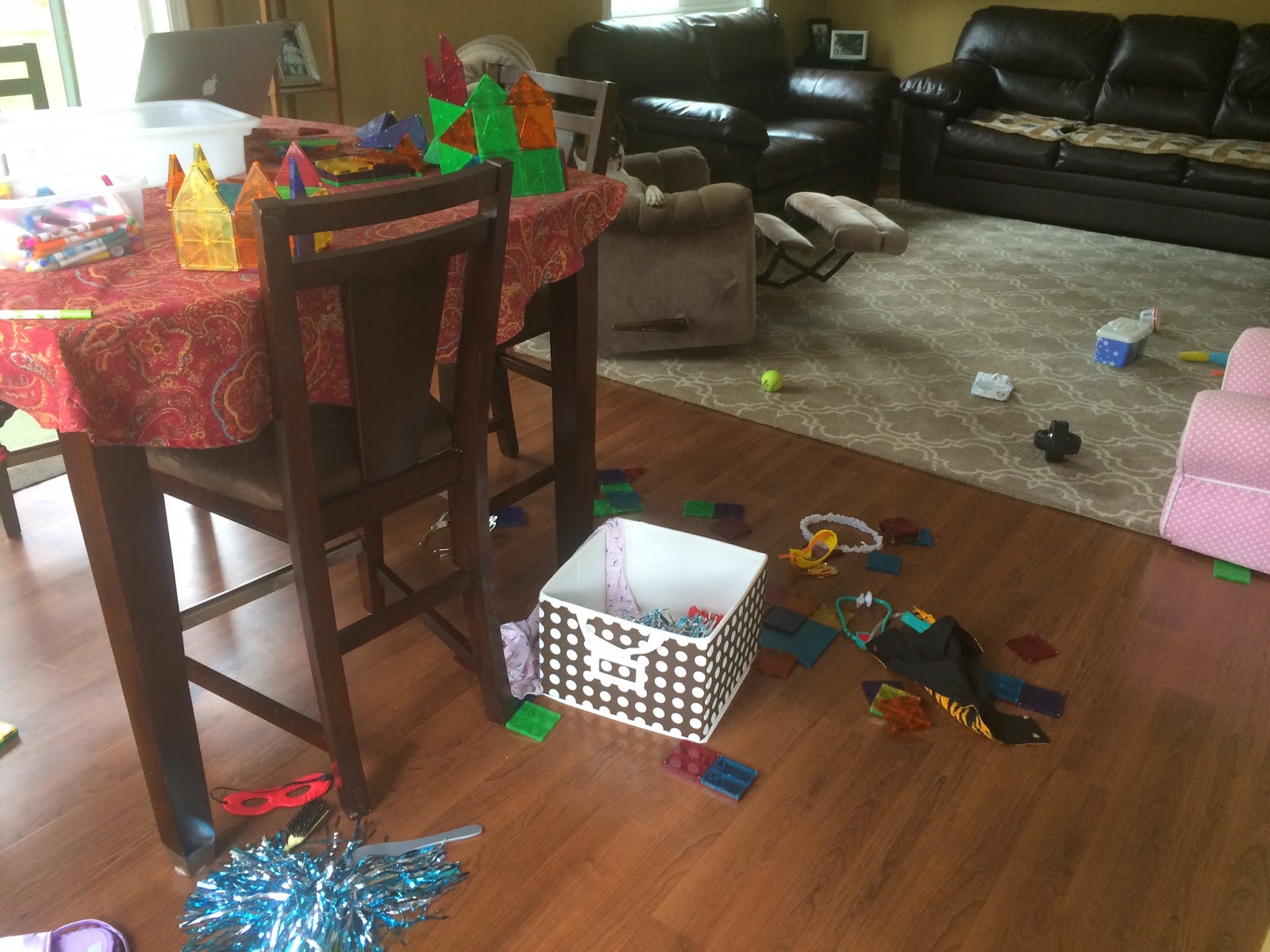 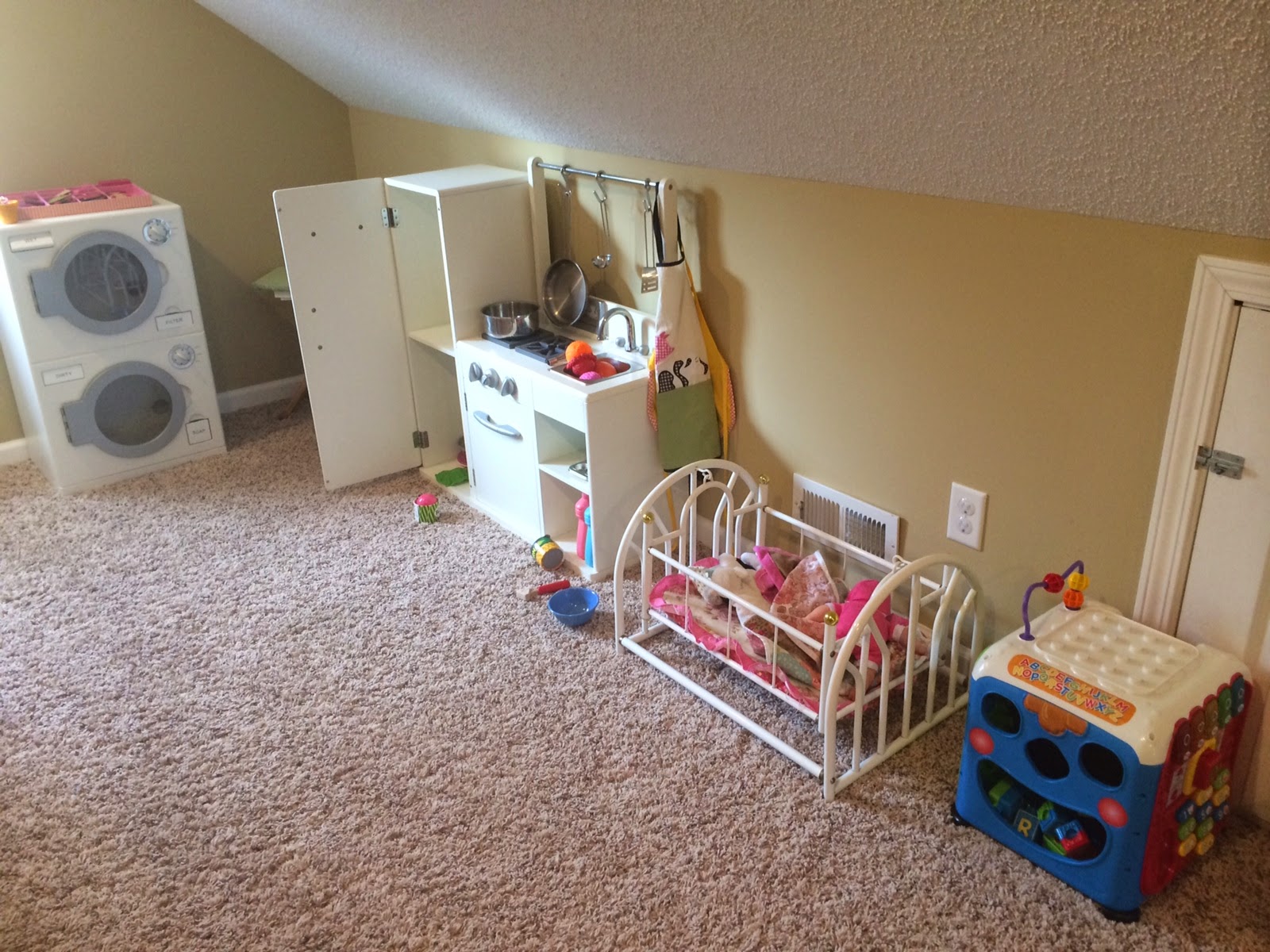 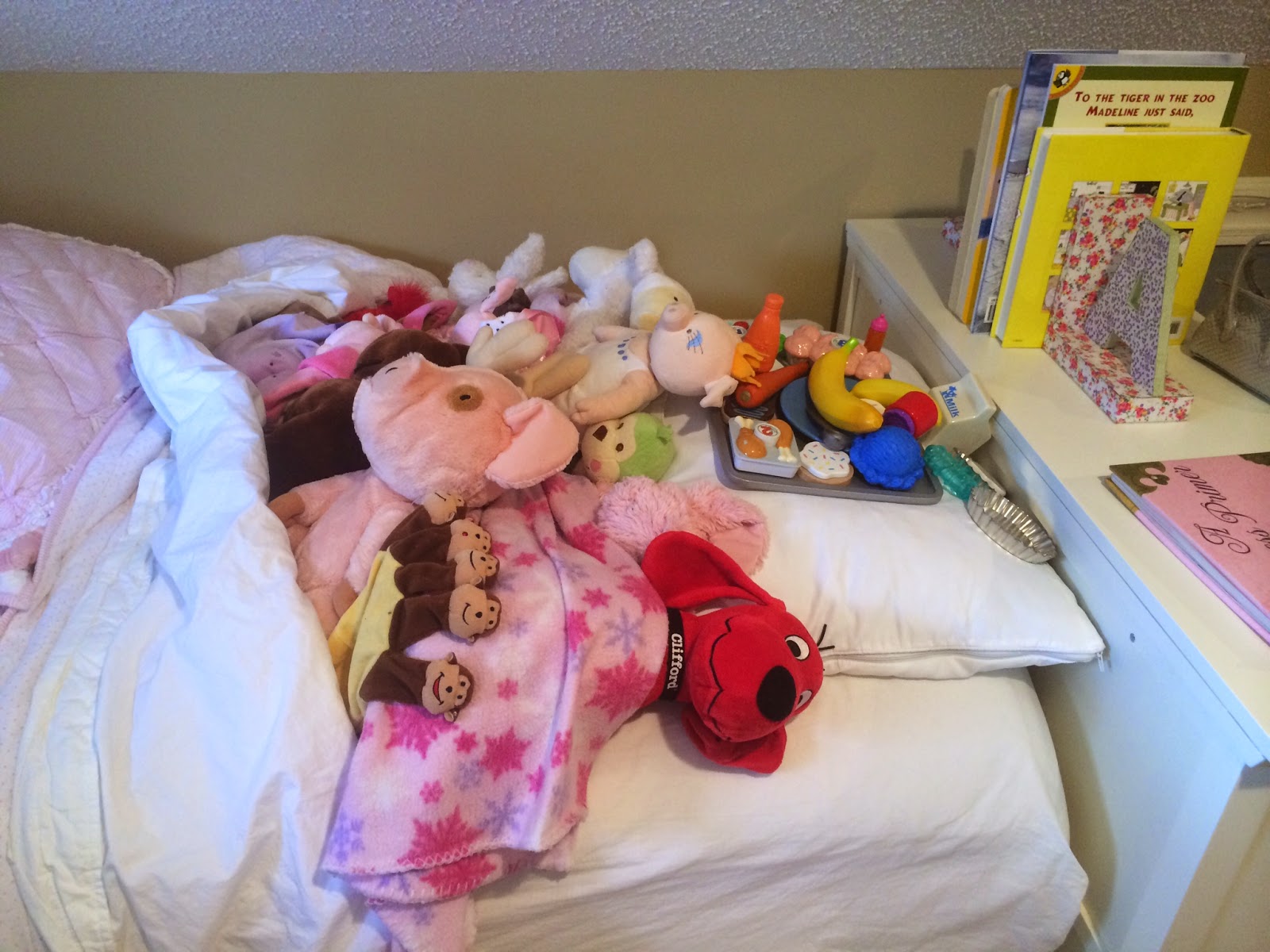 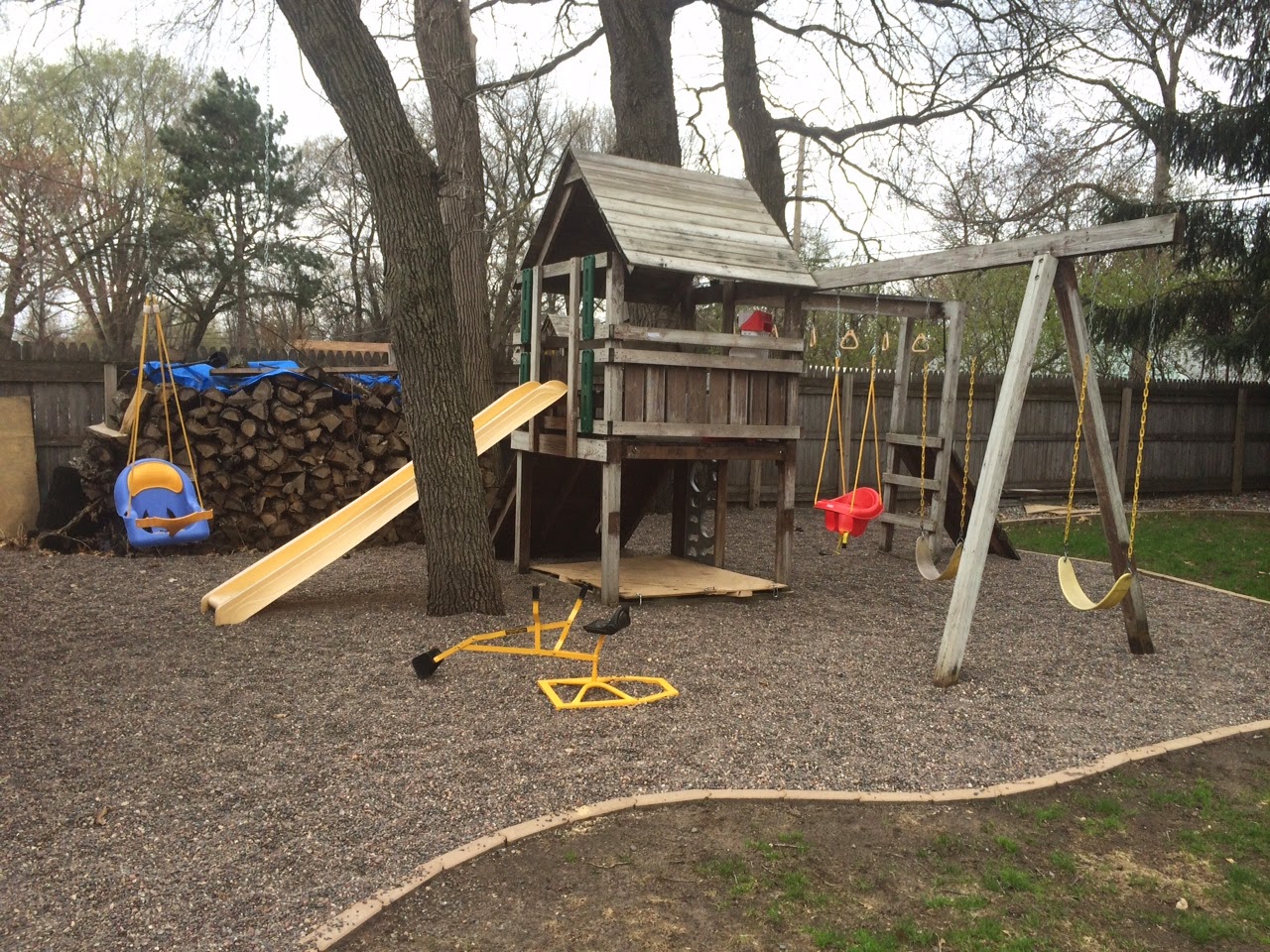 Our entire front room has become a toy room. A bounce house is holding our basement hostage. All winter long, two swings hung in our laundry room. They recently made their way out to the treehouse which takes up a great deal of our backyard. We got rid of half of the seating in our home to make more room for toys. We even made a trip to the IKEA madhouse specifically in search of ways to organize the miscellaneous playthings.

We have a lot of toys. And yet, I suspect that our toy pile falls within normal (American) range. In fact, I often wonder if perhaps our collection of Duplos and doctor kits and dollhouses and STUFFED ANIMALS amounts to less than what the average American family has stashed in their home today. Who knows. I could be wrong.

All I know is this. In our house, there are too many toys.

Too many toys and not enough play.

Play and toys. You'd think the words would go together, right? Well, they really don't. I mean, at least they don't in my mind. When I close my eyes and think of the word "toys," I picture stuff. Plastic stuff. Noisy stuff. Annoying stuff. I feel myself getting a bit anxious and just wanting to engage those endless small things in an organizational throw down, finally defeating them by binning, boxing and labeling them within an inch of their lives.

But when I close my eyes and picture the word play, my whole body relaxes. I picture running and jumping and laughing and pretending to be...well, anything. I like play better than I like toys.

Playing with my children is hard for me.

There, I said it. I struggle to play with my kids sometimes...okay, most of the time.

Because I don't have time. Or, more accurately, I prioritize other things above play. And I'm not talking about soap operas or spa days or shoe shopping. I'm talking about changing diapers that smell like porta-potties, making food that's doesn't come out of a squeeze pouch and spending a cumulative forty-five minutes per day locking and unlocking cabinets, toilets and stairways.

The second reason I struggle to play with my kids is related to the first. Multitasking is killing our play.

I try to trick my kids all the time.

"Yeah, I'm totally playing with you...so interested in what we're playing right now...absolutely playing my heart out..." All the while, my eyes are scanning the room for the next thing I can transfer from the wrong bin to the right bin, licking my thumb and pressing it to the floor to pick up random crumbs, and attempting to fold some laundry. That stuff worked when Harriet was zero. But she's a bright girl and it takes her about a millisecond to figure out whether I'm actually playing pretend with her or just pretending to pretend.

Here's another reason I have a hard time playing with my kids. It's boring. (Insert even more guilt here.) I'm sorry. It just really is. Pretending to be "baby" or "puppy" or "patiently" (Harriet's word for patient when we play doctor) is fun for a while, but when you've been doing it multiple times per day for a couple of years, it gets a bit old. And the toys are super fun for a while but you can only make the cash register play that song so many times before it becomes the soundtrack to your dreams.

The last reason? Play can be frustrating. The boys are now old enough that they want to play with everything that Harriet is using...and by "play with," I mean destroy. They are like a team of mini bulldozers, which makes her all the more sensitive and on guard...and shrill. No patch of floor is safe, so she usually ends up playing on the table or somewhere else high up, and even then, they're clamoring for her and screaming at her. My heart goes out to the poor girl. And it's not just her...they do it to each other too...always wanting to play with whatever their brother has and already hitting, pinching and biting to get what they want. So, playtime can be a bit crazy...and scream-y.

I've tried to come up with ways to fix this problem. I've packed away half of our toys (just like all the parenting blogs say you should do) so that, in theory, when I bring them out again, they'll seem brand new. Here's the problem. I pack them away and forget about them. Or I have no idea what I put in the box. Or I use a clear box. And then Harriet sees it and desperately wants to play with every single toy in that box. Or I don't think it through and pack away the most age appropriate items and then when I take them out again, she's grown out of them. So...this has not been effective.

I love the idea of toy sharing with another family. At the risk of sounding snobby, here's the problem with that. I'm worried that other kids won't treat our stuff nicely. I fear I'd be bummed out and even a little bitter if I lent Harriet's handmade dollhouse to another family and it came back with crayon marks on it. Or if the dress-up clothes came back ripped. Or if the dolls got accidental haircuts. (I'm realizing I'm more attached to this stuff than I originally thought.) And I'd be so nervous that my kids would damage the other family's toys, too! Even more nervous, in fact. Because just last week, Harriet drew all over her wall, her closet and a bunch of her toys. That stuff just happens.

I also really try to avoid plastic toys, electronic toys, noisy toys, etc. I like the wooden stuff, the cloth toys and other items that encourage open-ended play and lots of creativity. But they're more expensive. And the marker doesn't come off those toys like it comes off of the plastic stuff. And honestly, the kids seem to like the crappy, plastic, beeping stuff better...ugh.

The last solution I've tried - going outside. The problem with that? We live in Minnesota. End of discussion.

Just kidding, but only sort of. We absolutely adore the outdoors. We spend as much time as we can out there. Biking, going for walks, trips to the park, playing in the driveway and the backyard, excursions to the zoo. Love that stuff. But right now, on April 21st, it's snowing. And the second it stops snowing, millions of mosquitos instantly appear at our door, asking if we want to come out and "play" which is code for getting eaten alive. You simply can't win.

And despite all of the reasons that play can feel hard and even impossible at times, I know in my heart that I must play with my children.

So much is riding on me playing with my children.

Because if Jesus was visiting my humble home in the flesh right now, He'd be down on the ground playing with my kids. He'd be wrestling them and making messes and doing a different voice for each stuffed animal. Because He loves them and He knows that right now, at this stage in life, the best way to show them that love is through play. Whole-hearted, no holds bar play. And my kids would be awesome at being Mary, while I can only pray that I'd have the sense to stop being Martha. At least for a few minutes.

The other night at my women's accountability group (yep, they snuck into this post too), I brought up the play problem with a bit of embarrassment and lots of honesty. And to my surprise, my confession was met with a great deal of nodding and comments like "me too" and "I feel the same way." So now, a friend of mine checks in with me a couple times per week about whether I'm playing with my kids. Not pretending to play, but really playing. That's how important this stuff is. So important that I needed to call in the troops. And that accountability? It's helping big time. And I'm finding such fresh joy in playing with my kids. Some days more than others. But every day, at least a little bit. 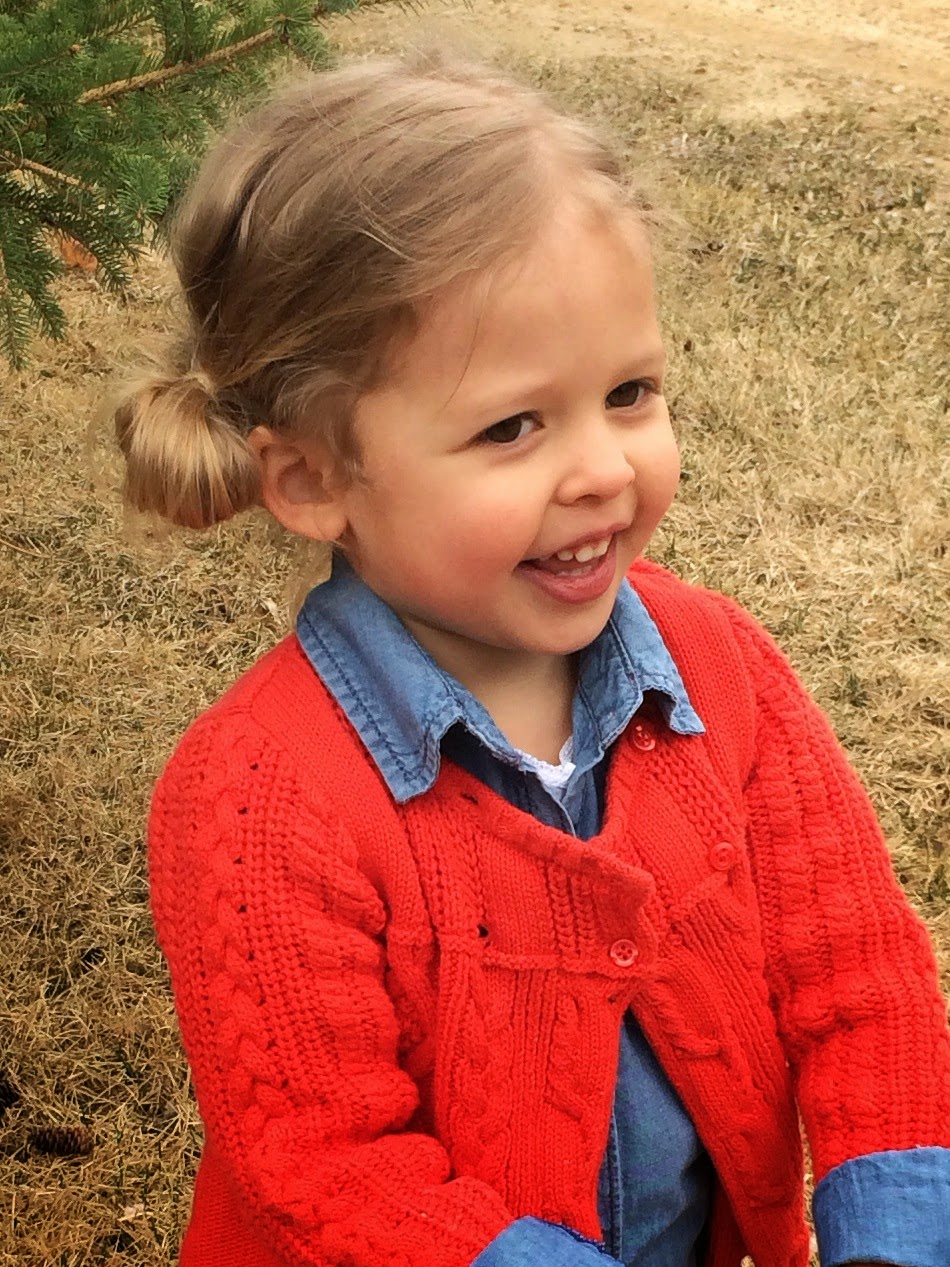 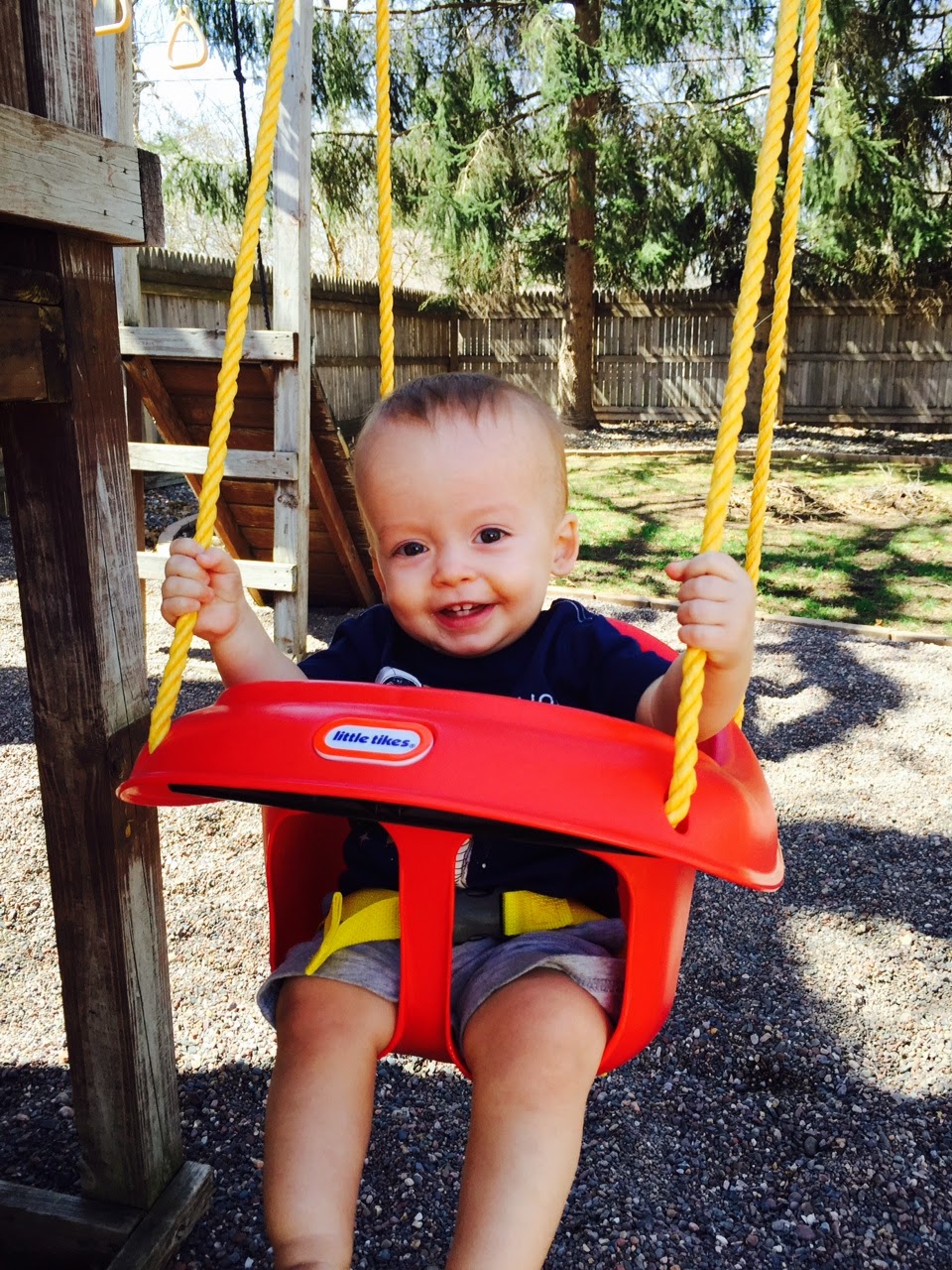 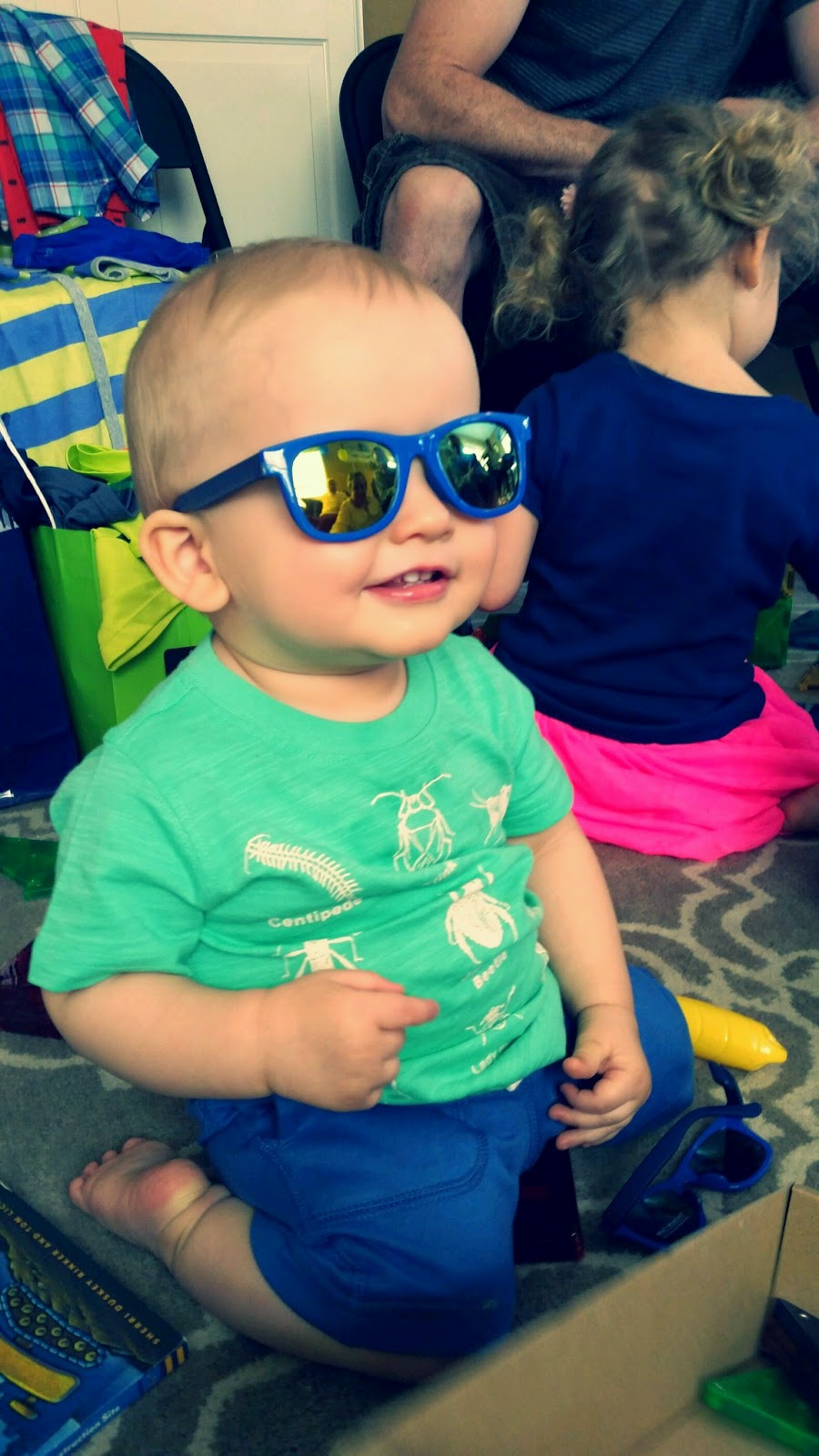 Em
I'm Em. This blog is my way of inviting you into my journey. You are welcome here. I don't promise to be right or great or revolutionary, but I do promise to be real. I share my home and my heart with my dear husband, my darling daughter, my twin sons and my pup, Murphy. I make pretty good cookies. I wait all year for the state fair. Oh, and I don't know how to braid...yet. My ultimate goal in all of this is to glorify God because what may look like my story is really His.

View my complete profile
Wondering why my blog is called teach me to braid? Click the link for the story.
Go beyond the blog. Email me at teachmetobraid@gmail.com